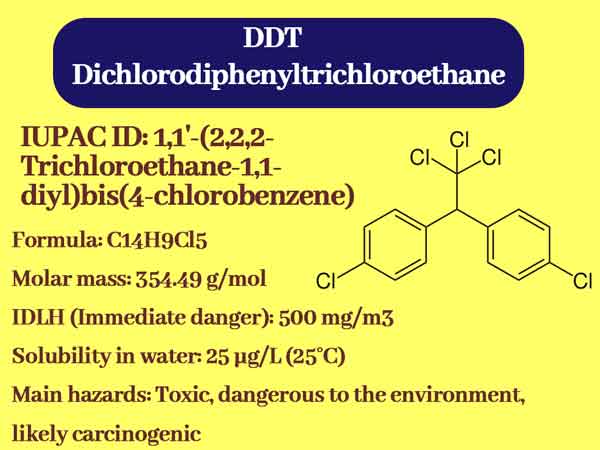 DDT is also called DDT223, and its chemical name is Dichlorodiphenyltrichloroethane (DDT full Form dichlorodiphenyltrichloroethane), with the chemical formula (ClC₆H₄)₂CH(CCl₃). It is a white crystal, insoluble in water, soluble in kerosene, and can be made into an emulsion. It is an effective pesticide. In the first half of the 20th century, it played a significant role in preventing agricultural […]