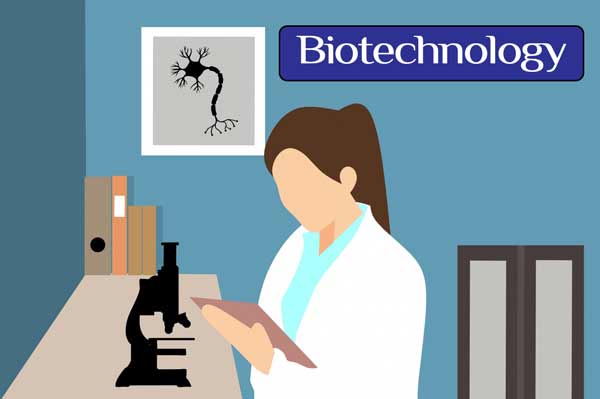 Many transgenic animals are designed to increase our understanding of how genes contribute to the development of the disease.

Transgenic animals that produce useful biological products can be created by the introduction of the portion of DNA (or genes) which codes for a particular product such as human protein (a-1-antitrypsin) used to treat emphysema. Similar attempts are being made for the treatment of phenylketonuria (PKU) and cystic fibrosis.

In 1997, the first transgenic cow, Rosie produced human protein-enriched milk (2.4 grams per litre). The milk contained the human alpha-lactalbumin and was nutritionally a more balanced product for human babies than natural cow milk.

Transgenic mice are being developed for use in testing the safety of vaccine before they are used on humans e.g. Polio vaccine.

Toxicity testing in such animals will allow us to obtain results in less time.

Transgenic sheep have been produced to achieve better growth and meat production. For example, human genes for blood clotting factor IX and for a1-antitrypsin have been transferred in sheep and expressed in mammary tissue.

Dogie is a transgenic dog with excellent smelling power.

Some ethical standards are required to evaluate the morality of all human activities that might help or harm living organisms. Therefore, the Indian Government has set up organisations such as GEAC (Genetic Engineering Approval Committee), which will make decisions regarding the validity of GM research and the safety of introducing GM research, the safety of introducing GM-organisms for public services.

Ethics include a set of standards by which a community regulates its behaviour and decides as to which activity is legitimate and which is not. Therefore, bioethics may be viewed as a set of standards that may be used to regulate our activities in relation to the biological world.

The main bioethical concerns pertaining to biotechnology are briefly mentioned as follows:

Introduction of a transgene from one species into another species violates the ‘integrity of species’.

Biotechnology may pose unforeseen risks to the environment, including risk to biodiversity. Thus it could disturb the existing ecological balance.

Transfer of human genes into animals (and vice versa) dilutes the concept of ‘humanness’.

Use of animals in biotechnology causes great suffering to them.

When animals are used for the production of pharmaceutical proteins, they are virtually reduced to the status of a ‘factory’.

Biotechnology is disrespectful to live beings, and only exploits them for the benefit of human beings.

A patent is a right granted by a government to an inventor to prevent others from the commercial use of his invention. When patents are granted for biological entities and for products derived from them, these patents are called biopatents.

The Indian Parliament has recently cleared the second amendment of the Indian Patents Bill, that takes such issues into consideration, including patent terms emergency provisions and research and development initiative.

Some organisations and multinational companies exploit and/or patent biological resources or bioresources of other nations without proper authorisation from the countries concerned, this is called biopiracy.

For example, a patent granted in the U.S.A. covers the entire ‘basmati’ rice germplasm indigenous to our country.

Bioware is the use of highly infectious pathogens, their spores and toxins as agents of biological weapons against humans, crops and animals of an enemy country. The agent (virus, bacteria, fungus) is kept in a special container that keeps it inactive/virulent state during delivery by missile or aircraft. Spray and powder are two common forms in which the bioweapon agent is delivered. Potential pathogens for bioweapons are Bacillus anthracis, Vibrio cholerae, small pox virus Pasteurella/Yersinia pestis, Botulinum toxin, etc.

Bioweapons are almost invisible, low-cost weapons which can cause more casualties than conventional or chemical weapons. A possible defence against them is gas mask or respirator, protective shelter, vaccination, antibiotics, decontamination and sensitive detection systems.

The green revolution succeeded in increasing the food production but it was not sufficient to feed the growing human population. One solution to this problem is the use of genetically modified crops. Genes of plants, bacteria, fungi and animals have been changed by manipulations, therefore, these organisms are called Genetically Modified Organisms (GMOs).

GM plants have been useful in many ways. Genetic modification has:

The plants in which foreign genes have been introduced through genetic engineering are called transgenic plants.

The vector used to introduce new genes into plant cells is most often a plasmid from the soil bacterium Agrobacterium tumefaciens. This is the Ti plasmid (tumour inducing plasmid), so-called because, in nature, it induces tumours in broadleaf plants.

The part of Ti plasmid transferred into plant cell DNA is called the T-DNA. This T-DNA with desired DNA spliced into it is inserted into the chromosomes of the host plant where it produces copies of itself, by migrating from one chromosomal position to another at random. Such plant cells are then cultured, induced to multiply and differentiate to form plantlets. Transferred into the soil, the plantlets grow into mature plants, carrying the foreign gene, expressed throughout the new plant.

The Bt toxin proteins exist as inactive protoxin but once an insect ingests the inactive toxin it is converted into an active form of toxin due to the alkaline pH of the alimentary canal and cause the death of the insect.

Bt-toxin genes were isolated from Bacillus thuringiensis and incorporated into several crop plants such as cotton.

The toxin is coded by a gene named cry. Two cry genes cryIAc and cryIIAb have been incorporated in cotton. This genetically modified crop is called Bt cotton as it contains Bt toxin genes against cotton bollworms. Similarly, cryIAb has been introduced in Bt corn to protect the same from corn borer.

A nematode Meloidogyne incognita infests the roots of tobacco plants and causes a great reduction in yield. A novel strategy was adopted to prevent this infection that was based on the process of RNA interference (RNAi). RNA interference is the phenomenon of inhibiting the activity of a gene through the production of sense and antisense RNA.

This method involves a specific mRNA silencing. The result was that the parasite could not survive in a transgenic host expressing specific interfering RNA. The transgenic plants thus got itself protected from the parasite.

Some other agricultural applications are:

The protein hirudin prevents blood clotting. Its gene was chemically synthesised and introduced in Brassica napus. The seeds of the latter came to have hirudin which could be extracted and purified and used as medicine.

‘Flavr Savr’ tomato was the first transgenic variety to reach the market. Here inactivation of a gene which produces polygalacturonase enzyme has been done. The non-availability of this enzyme prevents over-ripening because this enzyme is essential for the degradation of cell walls.

Golden rice is a transgenic variety of rice (Oryza sativa) which contains good quantities of b-carotene (provitamin A – inactive state of vitamin A).

The recombinant DNA technological processes have made a great impact in the area of healthcare by mass production of safe and more effective therapeutic drugs. A large number of human genes encoding pharmaceutically valuable proteins have been cloned and expressed in microorganisms. Initially, E. coli was used as the host for obvious reasons of ease in cloning. But yeast is fast becoming the host of choice for the production of recombinant proteins.

In mammals, including humans, insulin is synthesised as a pro-hormone which contains an extra stretch called the C peptide (with 33 amino acids). This C peptide is not present in the mature insulin and is removed during maturation into insulin. The pro-hormone needs to be processed before it becomes a fully mature and functional hormone.

Bacteria cannot be made to synthesise insulin from its gene because of the presence of introns in eukaryotic genes. Bacteria do not possess enzymes for removing introns. It was challenging to produce insulin using rDNA technique and to assemble insulin into its mature form.

In 1983, Eli Lilly, an American company, prepared two DNA sequences corresponding to A and B chains of human insulin and introduced them in plasmids of E.coli to produce insulin chains. Chains A and B were produced separately, extracted and combined by creating disulphide bonds to form human insulin (‘Humulin’).

Gene therapy is the technique of genetic engineering to replace a faulty gene by a normal healthy functional gene. The first clinical gene therapy was given in 1990 to a 4-year old girl with adenosine deaminase (ADA) deficiency. This enzyme is very important for the immune system to function. SCID is caused due to defect in the gene for the enzyme adenosine deaminize.

ADA deficiency can be cured by bone marrow transplantation and by enzyme replacement therapy, in which functional ADA is given to the patient by injection. But in both approaches, the patients are not completely cured. However, if the isolated gene from bone marrow cells producing ADA is introduced into cells at early embryonic stages, it can be a permanent cure.

Vaccines represent an invaluable contribution of biotechnology as they provide protection against even such diseases for which effective cures are not yet available. The effectiveness of vaccines may be appreciated from the fact that smallpox, once a dreaded disease the world over, has been completely eradicated from the world.

The various vaccines can be grouped under the following types:

Biotechnology has proved to be a boon in solving crimes, legal disputes, etc. Establishing the identity of victims (e.g., of murder, accidents, etc.), criminals (e.g., in cases of rape, murder, etc.), father (in cases of paternity dispute) etc. is critical to solving the problems of crimes/cases.

Download Short Notes file of Biotechnology and its Applications

Introduction of Cannizzaro’s reaction || What is the Cannizzaro reaction used for?